The majority of the people in Poland follow Roman Catholicism.

The year 1989 saw Poland holding its first free elections in more than 40 years.

With a population nearing 40 million and a territory of 120,000 square miles, Poland occupies the fertile flatlands between the Carpathians in the South and the Baltic Sea in the North. Its central location, with Germany as its western neighbor, and Russia as its eastern one, gave cause to a millennium of wars, devastation, and hard-won victories. From the small duchy of Poznan in the 10th century to a kingdom twice the size of France in the 16th century, to the oblivion of the state in 1795, Poland’s rebirth of a republic, three times smaller than before, was by no means smooth sailing. It has been rocked by two wars and struggles for better living conditions, resisting communist rule. Its tough history has forged a strong, resolute people. Famous citizens include Copernicus, the brave 16thcentury scholar with his heretic theories about space and our place in it; Frederic Chopin, composer of immortal piano music; Marie Sklodowska, twice Nobel Prize winner; Pope John Paul II; and Lech Walesa, the charismatic union leader of Solidarity, which managed to dent the powerful communist regime and speed up its demise. A land of hearty food, traditional dishes include pierogi (meat-stuffed dumplings), bigos (stewed cabbage and meat), zurek soup, and excellent vodkas. Shoppers will enjoy seeking amber, the petrified resin of conifer trees submerged by the sea up to 50 million years ago and known as “Baltic Gold,” silver, leather, woodcarvings, dolls, and beautiful linen. Modern, dynamic Warsaw; fascinating, medieval Krakow; thousands of glistening Mazurian Lakes; and the Bialowieza Forest Reserve, where the European bison still roam free—all this is Poland, one of the most dynamic new members of the European Union.

Visas to Poland are not required for U.S. citizens. If you hold a passport from another country, please check with your local consulate about requirements for travel to Poland. All passengers traveling internationally are required to have a passport. Please carry proper identification (your passport) on you and do not leave it in your suitcase or hotel room.

European law requires you to carry your passport with you at all times.

The official currency of Poland is the Polish złoty (PLN).

U.S. dollars and Euro are easy to exchange in Poland. Private currency exchange offices (Polish: kantor) are very common and offer Euro or USD exchanges at rates that are usually comparable to commercial banks. Be aware that exchanges in tourist hot-spots, such as the train stations or popular tourist destinations, tend to overcharge.

U.S. dollars or Euro are generally not accepted for purchases, but if in exceptional cases they are, change will be given in the local currency (Polish Złoty).

Credit cards are accepted almost everywhere in the big cities. Visa and MasterCard are much more likely to be accepted than American Express or Discover.

The following budget guidelines are just approximate values or starting values for meals and are per person. Actual prices will vary widely by restaurant and city within a country but below are some averages as provided by our experienced personnel.

The approximate cost of a soft drink/mineral water/coffee is 6-7 zl.

An average lunch consisting of a salad or sandwich and a soda or water starts at approximately 25-30zl.

A steak dinner at a mid-range restaurant with dessert and a non-alcoholic beverage starts at approximately 60-70 zl.

For restaurants and taxis, 10-15% is a reasonable amount. Tipping in Poland is very common, since gratuity is rarely included in the bill.

Beware that in Poland, if you pay for the bill with more than the amount owed and simply say “thank you” or “Dziękuję” (in Polish), it means you do not expect any change back. Tip hotel staff 3-5zł for room service.

Voltage for outlets is 230V. North American voltage is generally 110V. Therefore, a converter may be necessary for your travels. Adapters will be necessary to adapt your plug into the outlet but may not convert the voltage, so both devices are necessary. 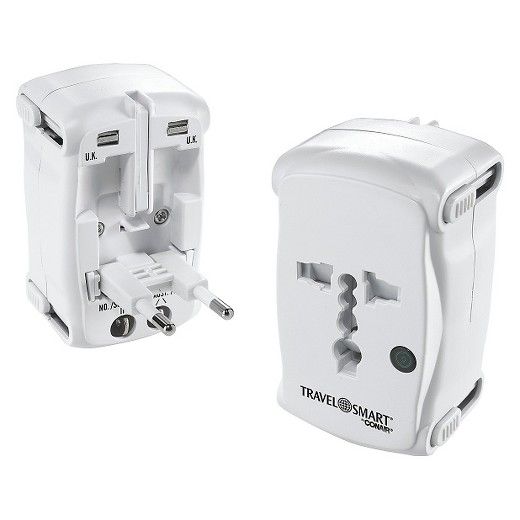 To help you plan, below are average low and high temperatures for Warsaw.

To convert to Celsius, subtract 32, then multiply by 5 and then divide by 9.